Visible Jake: I come from a place far removed from Simbo, Baltimore, Maryland, USA. I had been studying the Solomon Islands for a long time while working part time packing up people’s belongings and hauling furniture for a Baltimore moving company. I find something spiritual in physical labor, and moving peoples belongings to their new homes has payoffs in karma. But movers do hard work, and I’m certain it’s not the life I want. That job paid the rent and for the one way tickets to Paradise. Enjoy my rant about this amazing place.

Simbo is one of the many islands that make up the Western Province of the Solomon Islands.

Though the event and aftermath of the 2007 earthquake seriously affected the people and environment of the Western Province, the area was largely free of the conflicts of 1998-2003. This part of the Solomons may appeal most to visitors and travelers, as it offers the most resorts, hotels, and restaurants.

In addition to Simbo, many of the Western Province islands have unique appeal:

Gizo: the capital of the Western Province, and second only to the Solomon Islands’ capital Honiara in population. You’ll likely stay here, or near here, if you decide to travel to Simbo. Gizo has a unique place in the history of the Solomon Islands; the resident tribe was apparently so zealous about headhunting that all of the tribes in the area joined up to wipe them out completely. This paved the way for the island to be neutral territory, and an ideal location for commercial and administrative interests…including, eventually, tourism. 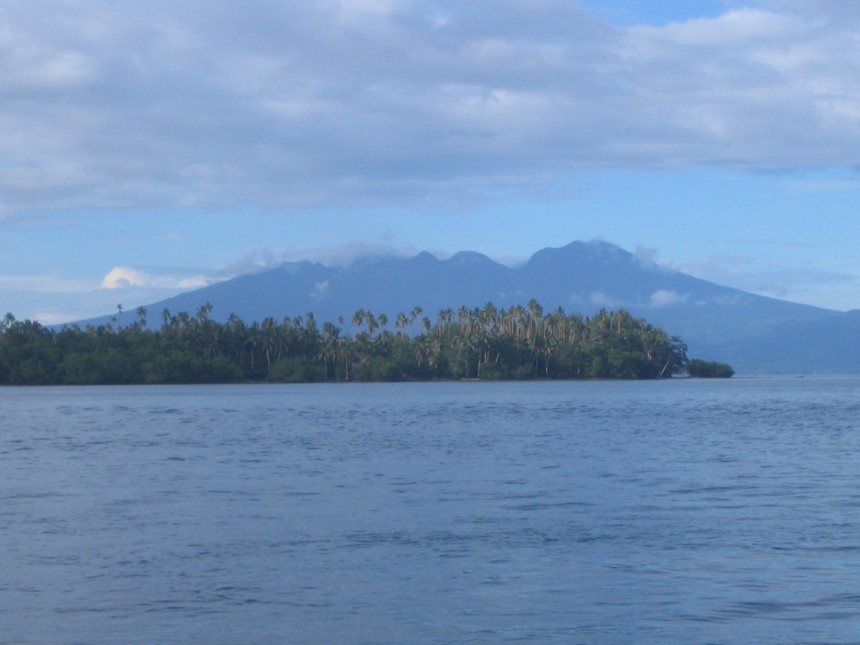 Kolombangara: the obvious focal point on this gloriously verdant island is Mount Veve, which can be seen from throughout the region. Travelers should by all means take the two-day hike to the jagged crater rim (where the strategic WWII lookout saw the explosion of PT-109).

Kosolo Island (commonly known as Kennedy Island or Plum Pudding Island): named after JFK himself, who spent a little time there in August of 1943. PT-109, under Kennedy’s command, had been rammed by a Japanese destroyer about three and a half miles out to sea; the survivors chose little Plum Island because the bigger, closer islands were all known enemy camps.

Kavachi: more authentically, Rejo te Kavachi or Sea God’s Oven. Since 1939, this active volcano has gone from being completely underwater to becoming a new island many times; 2007 was the most recent eruption, though no island was formed. No matter when you visit, there’s a good chance Kavachi will be doing something spectacular!

New Georgia: the biggest of the Western Province islands, and the site of many battles during WWII. Near Menakasapa, on the northern end of the island, one can get the most spectacular views of Kolombangara across the Kula Gulf.

Nggatokae Island: utterly gorgeous volcanic island featuring the old-growth-covered Mt. Mariu; among other things, some of the best views of Marovo Lagoon can be found from here.

Ranongga Island: the site of a dramatic upheaval following the 2007 earthquake and tsunami. World-famous coral reefs and wide stretches of mangroves died when the island was literally lifted 3 meters.

Tetepare Island: notable for being the largest uninhabited island in the South Pacific, as well as the second-most bio-diverse coral reefs in the world.

Treasury Islands: several small islands closer to Bougainville than they are to the rest of the Solomons. The largest of the Treasury Islands are Mono Island and Stirling Island, which was immortalized in Walter Lord’s “Lonely Vigil”, and whose airstrip is still in use today.

Vangunu Island: one of the islands surrounding Marovo Lagoon, the single biggest lagoon in the world…and therefore an extremely attractive destination for divers.

Vella Lavella: home base for “Pappy” Boyington of the Black Sheep Squadron.